Dr Umesh is a medical doctor certified in Internal Medicine who has chosen to devote his practice to clinical hypnotherapy. While in his first year of medical school, he fondly remembers learning the bio-psycho-social model of health and healing. He learned that the his patients’ illnesses were controlled not only by their biology but also by their psychology and sociology.

The sad reality is that modern biology has become so overwhelmingly complicated most doctors can barely keep up. Studying just the biology of medicine is like trying to take a sip out of a fire hose going at full blast. With so many biology-oriented facts to cram into their heads, most doctors give up thinking about the psycho and social.

You too can "heal with the power that lies within" and become whole again with help from Dr. Umesh at the Arizona Center for Hypnotic Healing. 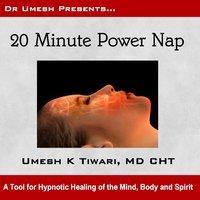